The North Carolina (NC) Urban Archery Deer Hunting Program is regulated by the NC Wildlife Resources Commission (NCWRC). The program involves a special 4-week period in late winter in which hunting is allowed inside participating municipalities’ corporate limits. The purpose of the program is to reduce urban deer populations, which often pose a threat to public safety.  More information can be found at the following websites:

The program is traditionally renewed each year. The City of Lenoir has been approved for the year 2023 which will run from January 14 through February 19, 2023.  If you have questions that are not covered here, please contact the Lenoir Police Department at 828-757-2100.

The purpose of this ordinance is to reduce urban deer populations through voluntary participation in the North Carolina Urban Archery Deer Hunting Program, which is regulated by the North Carolina Wildlife Resources Commission.  For the purposes of this section, deer hunting related to this program is permitted within the corporate limits of the City of Lenoir only in accordance with the following provisions: 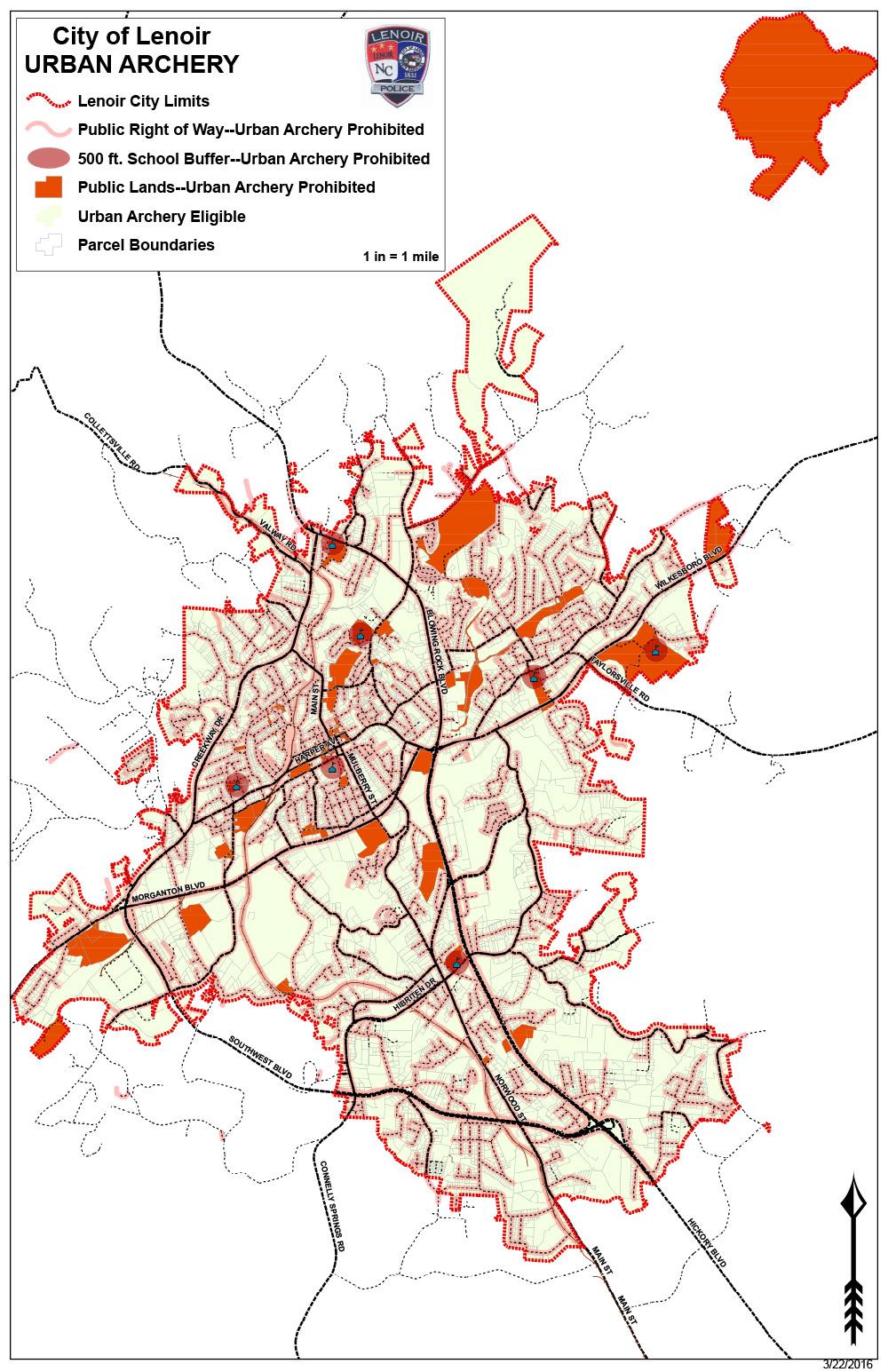 Payment OptionsPay bills online, set up a bank draft, and more.
JobsCheck out current employment opportunities.
COVID-19 InfoNews and resources about the City and State's COVID-19 response
Garbage CollectionFind out more about local trash pickup.
Aquatic CenterSwim and get fit at the Lenoir Aquatic & Fitness Center.
Parks & RecreationPlay and enjoy the outdoors at our parks and rec centers.
Water ServiceSign up and maintain water and sewer services.
WaterSmartSign up! Check water use. Get alerts.
Contact UsHave a question? Contact the City.
Police DepartmentThe City Police Department is committed to providing quality service 24/7/365.
GreenwayThe greenway offers more than 9 miles of path and trails for outdoor actvities.
Downtown LenoirVisit the Downtown Lenoir website.
Government Websites by CivicPlus®