The Overmountain Victory National Historic Trail (OVNHT) is a 330-mile, Congressionally-designated historic trail that spans four states - Virginia, Tennessee, North and South Carolina - and runs through Lenoir. The trail commemorates the route that the American Patriot militia marched over the Appalachian Mountains to defeat the British-led loyalist army at the Battle of Kings Mountain on October 8, 1790. This Patriot victory is recognized as a turning point in the Revolutionary War that resulted in American Independence in 1781.

Congressman James T. Broyhill, a Lenoir native, was instrumental in the congressional designation of the trail, which was officially signed into law in 1980 by President Jimmy Carter.

Currently, the only way to experience the entire route is to drive the Commemorative Motor Route, which is established along state highways. However, the motor route is a far cry from the experience of the Overmountain Men.

In 2014 the National Park Service (NPS) Office for the Southern Campaign of the American Revolution started a concentrated effort to develop master plans to build trails that follow the route the Overmountain Men marched in 1780. The goal is to build destination-quality trails, similar to other regional trails like the Virginia Creeper Trail (which, incidentally, connects to the OVNHT in Abington, Virginia). The NPS reached out to Caldwell County Pathways to help build a local coalition to plan a section of the OVNHT that would connect Lenoir and Morganton. Caldwell County Pathways and the National Park Service partnered with Caldwell County, Burke County, the City of Lenoir, the City of Morganton, and the Town of Gamewell to and hired Destination by Design to do public engagement and plan development.

The master plan establishes a preferred alignment for a multi-use walking path that would follow the congressionally-designated OVNHT corridor (within ½ mile on either side of the historically accepted route).The Lenoir-to-Morganton plan was considered to be an effective model for engaging local communities and facilitating local trail-building efforts, and has now been replicated for other segments along the trail including Lake James to Morganton, Elkin to W. Kerr Scott Reservoir, Chesnee to Kings Mountain Miliary Park, and Abington, Virginia to Elizabethton, Tennessee.

In Lenoir, most of the proposed OVNHT alignment follows the rail bed of the rail line that was discontinued when Google came to Lenoir in 2007. The City of Lenoir and Caldwell County Pathways have been working for years to build a "rails to trail" project that would add several miles of greenway north of Google along the rail line. Typically, when a rail line is abandoned, the right-of-way reverts to the adjacent land owners. However, there is a federal statute that allows for the rail right-of-way to be "railbanked" in order to preserve the right-of-way for the re-establishment of rail in the future, but also to allow for an "interim" trail/multi-use path/greenway to be established.

In 2016, the railbanking was finalized through the Surface Transportation Board in Washington, DC. Salvage activities have recently been completed, removing the old rail infrastructure from the rail bed. By the end of the year, the City plans to start paving sections of the trail.

In 2015, Caldwell County Pathways received a donation of a five-acre property formerly owned by Akzo Nobel Coatings located on the northern end of the former rail line. A former brownfield site, the property has gone through extensive environmental remediation, which included the removal of a significant amount of soil and all of the former structures on the property.

The property has been declared a "clean" site, and is anticipated to be used as the main trailhead for the OVNHT within Lenoir. While actual trail development on the north end of the trail is likely still several years out, Caldwell County Pathways received a grant from the National Park Service in 2016 to do some survey work on the property, install a sign, and to do landscape beautification on the site. Caldwell County Pathways partnered with the City of Lenoir, the NC State Extension Office, and the Caldwell Master Gardeners to prep the site and install landscaping to beautify the property and publicize the trail project. The planting plant utilizes a wildflower mix, native plants that support pollinators, and a mix of plants to establish year-round vibrancy to the site.

Check out the site on Google Maps.

Partner Organizations for the Master Plan

Ongoing Partnership to Develop the OVT within the City Limits

Partnership to Develop the Trailhead 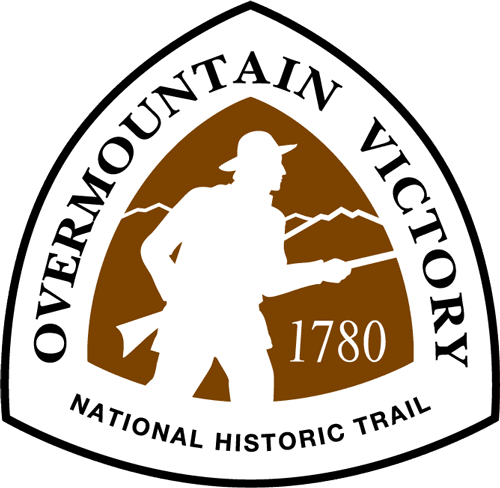 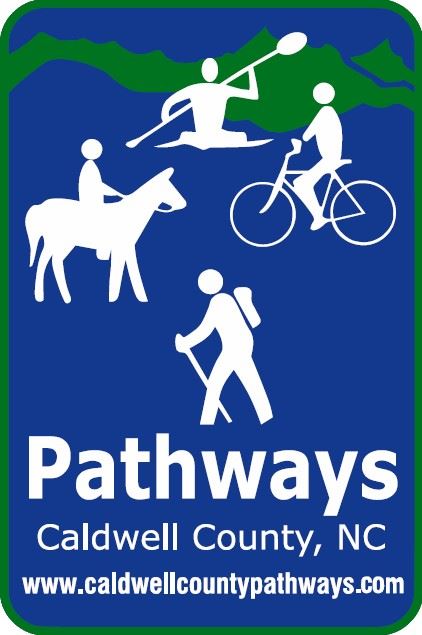